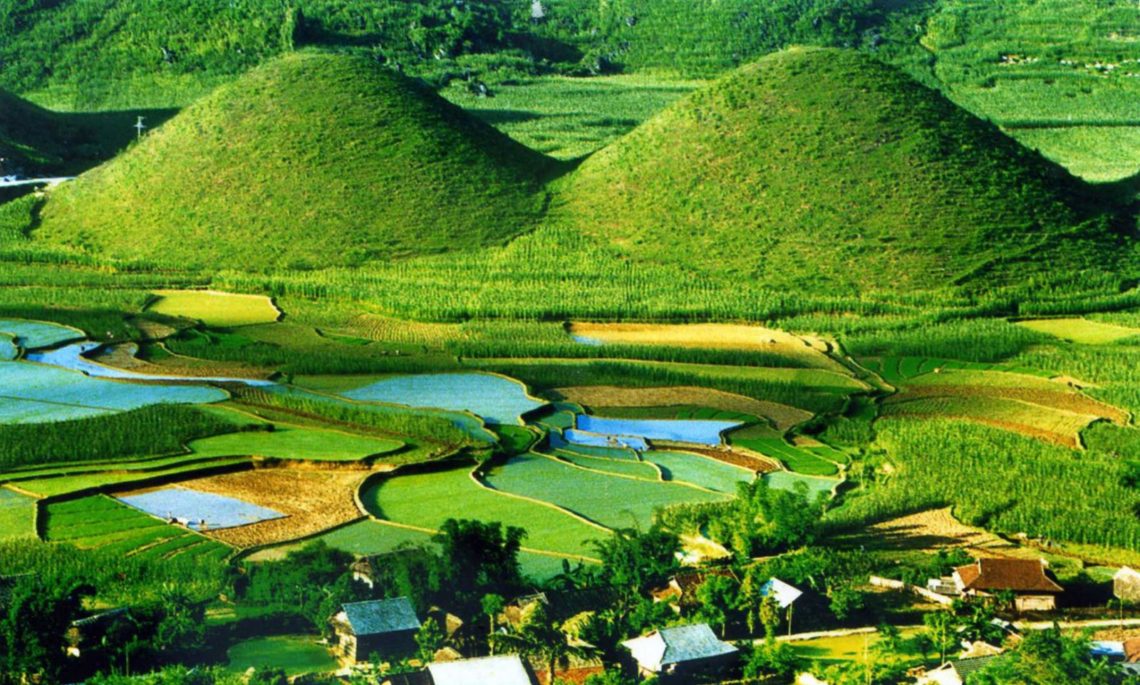 Attractions in Ha Giang that will leave you amazed

Covering all attractions in Ha Giang in one single post is for me impossible. I know very well that I tend to ramble on about how amazing these places are. As a result, I sometimes forget to leave at least some of these feelings to my readers who will one day physically be there to experience Ha Giang in their own ways. I really hope they will 🙂

So I’ve written about 5 best travel experiences that I had when traveling to Ha Giang, which can be found here. Yet Ha Giang has so much more to offer. Here are 4 other attractions in Ha Giang which should definitely be added to your itinerary once you’ve decided to visit Vietnam’s northernmost province.

This is one of my most favorite attractions in Ha Giang.

In the early 20s, Vuong Chinh Duc was considered the unofficial King of H’mong ethnic tribes in Northeast Vietnam. His affluence was earned from selling opium to the French, who were dominating Vietnam at that time. In 1919, Vuong Chinh Duc started building this Mansion for his family on an area of 1120m2 in Sa Phin Valley, Dong Van District, Ha Giang. The Mansion was designed to reflect Chinese, H’mong and French characteristics with 64 rooms for 100 people. It was finished 9 years later with the cost of 150 silver bars (equivalent to 6,7 million dollars as of now). The Mansion soon became the emblem of the unofficial Kingdom of H’mong.

Knowing the Vuong family’s history is key to appreciating the Mansion. If you travel here without a guide, I would recommend reading more from the internet about the Vuong family, H’mong culture and the social-economic situation in Vietnam at that time. How did they earn so much money? Who were Vuong Chinh Duc’s 3 wives (one of them was a French)? How was his attitude towards the French and towards Ho Chi Minh’s army at that time? Upon understanding these, you will realize that this Mansion is not only a beautiful piece of architecture to behold, but also a historical witness of an important period in Vietnam and Indochina’s history. 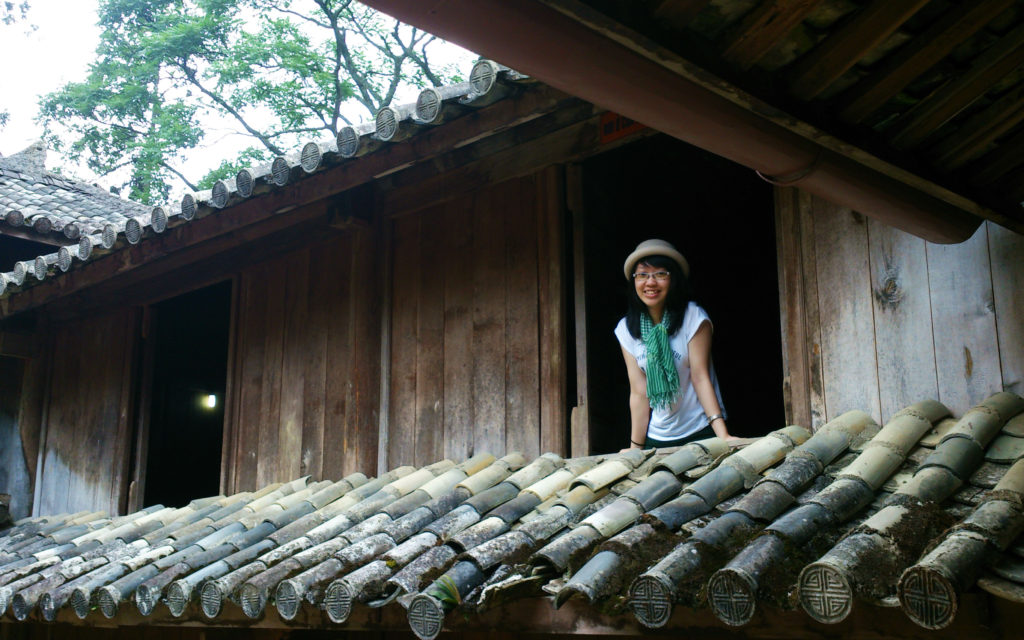 Me at the Vuong family’s Mansion Photo from Time Out Vietnam

Lung Cam Cultural Village is nestled in a beautiful valley where 3 different ethnic groups live together: the Lo Lo, the H’mong and the Han. Leading to the village is a small path colored by flowers on both sides. In the spring people here grow red roses, and in the winter, buckwheat flowers. The village became famous when a local house became the background for a Vietnamese movie called “Chuyen cua Pao”. This house is now still open for visitors who want to see how life in a typical H’mong family is like. 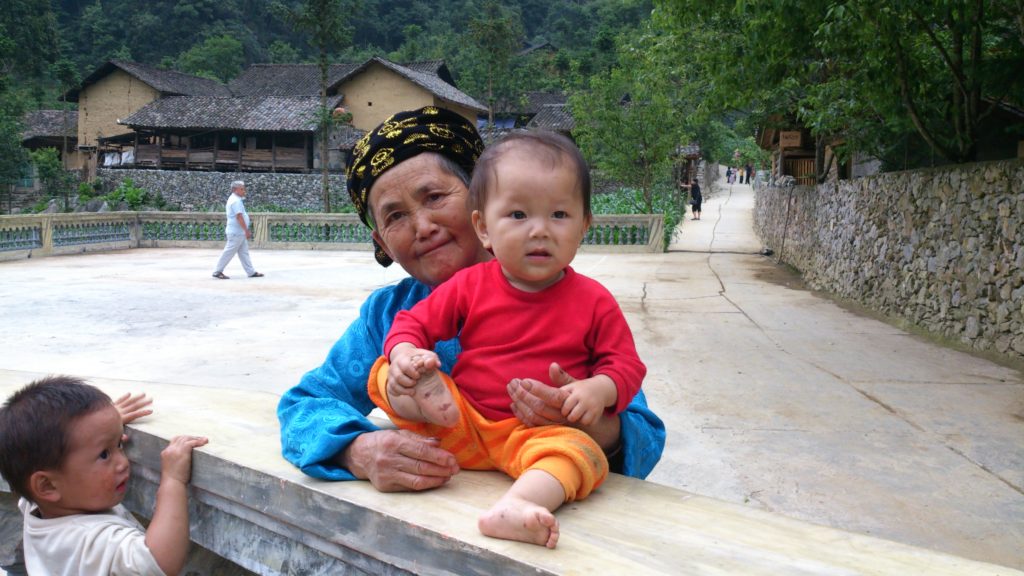 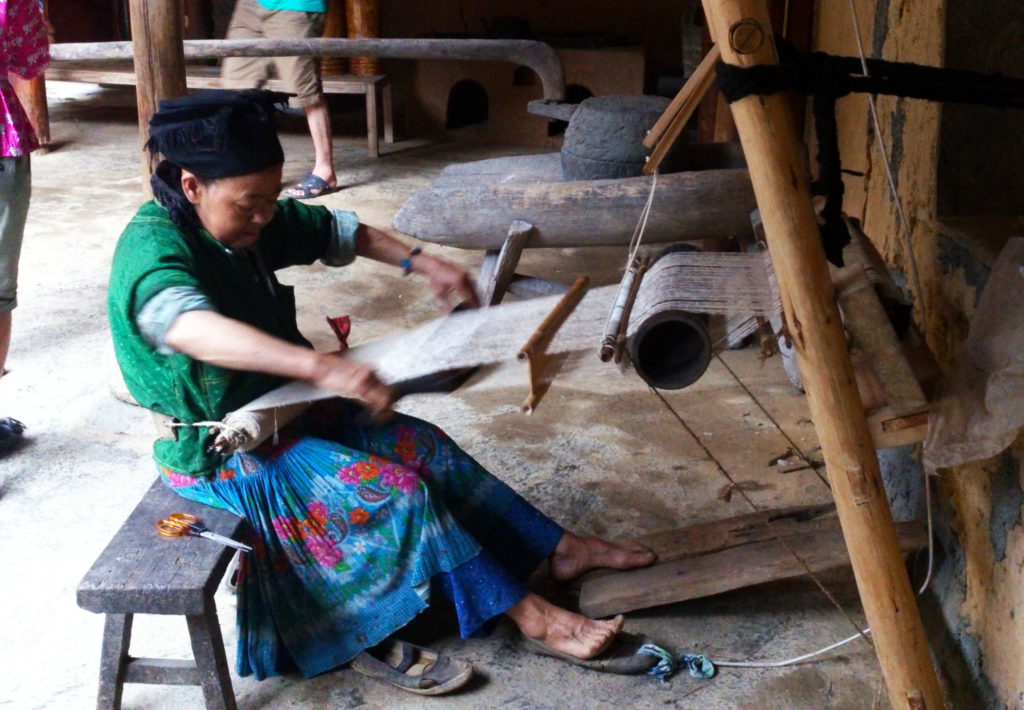 This woman lives in the house where the movie “Chuyen cua Pao” was filmed. VIsitors can come in and observe how their daily life is like. 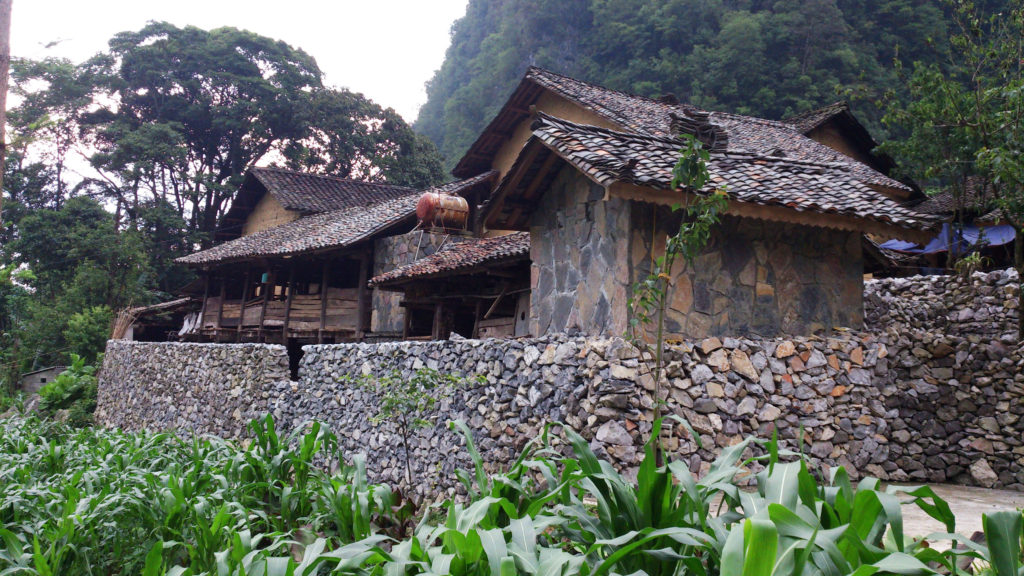 This is how houses in Lung Cam Village look like. The fence is built by stacking stones on top of each other. 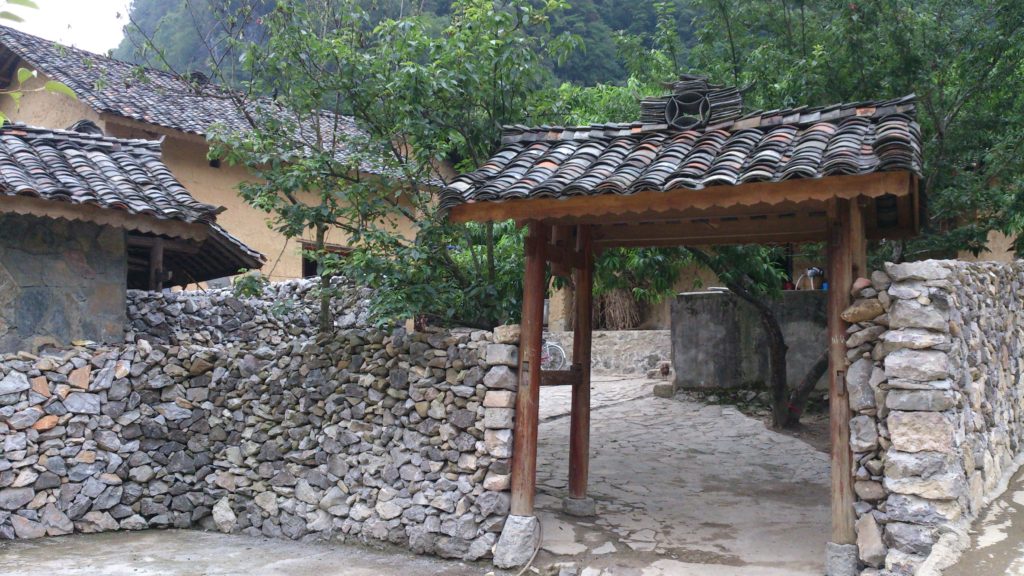 Once upon a time, there was a handsome H’mong young man who played the flute very fluently. The sound of his flute attracted a fairy, who came down to watch him play and later fell in love with him. They got married and had a son. However, the King of Heaven demanded the fairy to come back upon learning that she had left. Since her baby was still so young, she decided to leave her breast on earth for her son before flying back to heaven.

Now you can still see her breast here in Quan Ba. Don’t form any kinky idea please! 😉 These are just two mountains with round-shaped tops that are situated right next to each other. Local people still believe in the fairy tale though. According to the locals, the fairy’s milk from her breast has provided good weather and fruitful crops for this land since she left.

You can now view Quan Ba Twin Mountains from a viewing station in Quan Ba District. This has become one of the most popular attractions in Ha Giang for Vietnamese tourists. 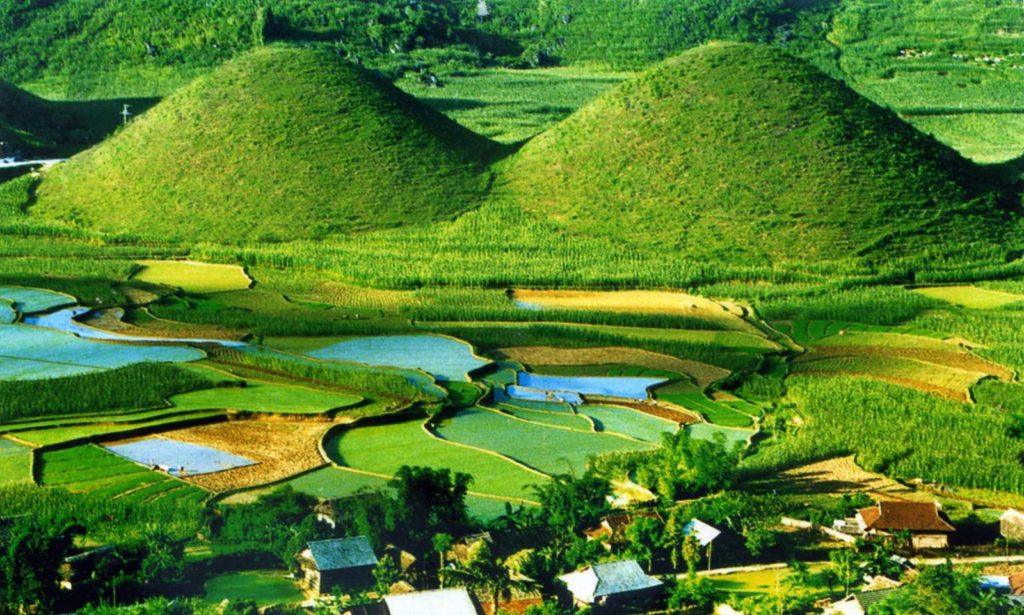 Unlike other attractions in Ha Giang, it’s not easy to plan a visit to Pho Cao Weekly Market beforehand. Pho Cao Weekly Market is one of the so-called “backward markets” in Ha Giang. This means that if the market takes place on Sunday this week, next week it will be on Saturday. Here you can find anything from live chickens running around to home-grown gingers and peppers from ethnic minority people. Some of them might have walked for more than 3 hours to reach the market.

Pho Cao Weekly Market is held in the early morning. Walking around Pho Cao market amid the cacophony of roosters crowing, women bargaining and children laughing is a great morning exercise to prepare for your long ride later during the day. 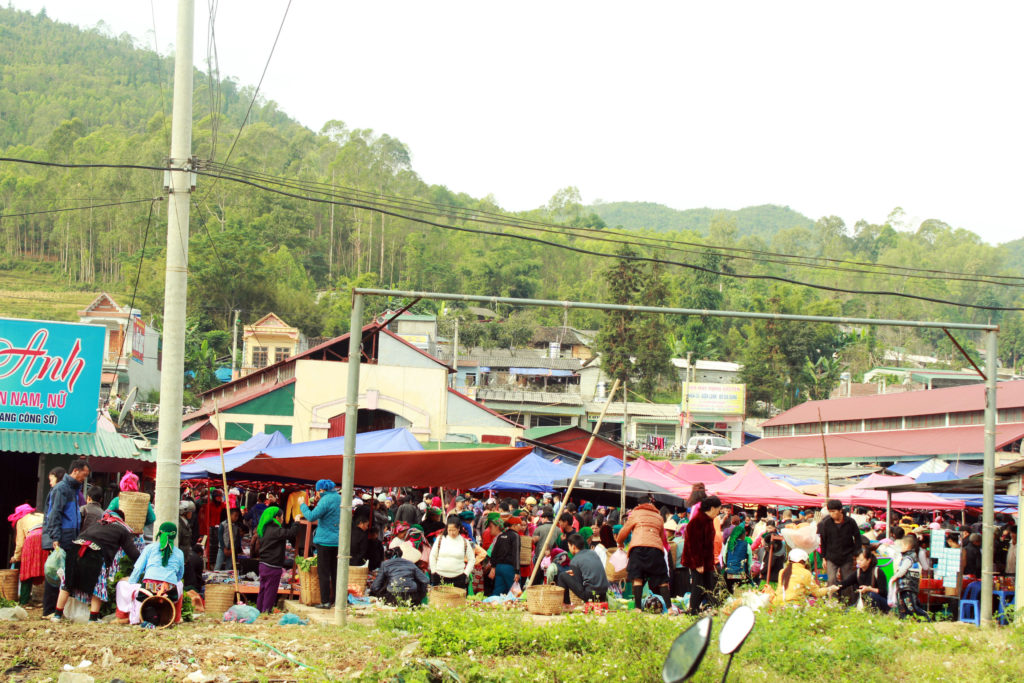 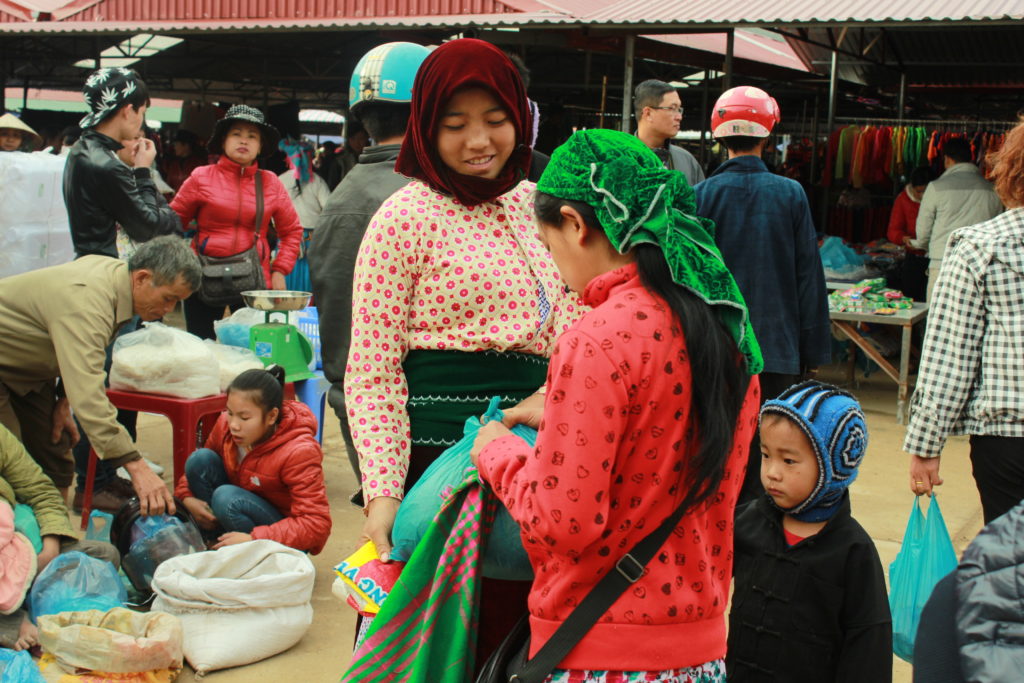 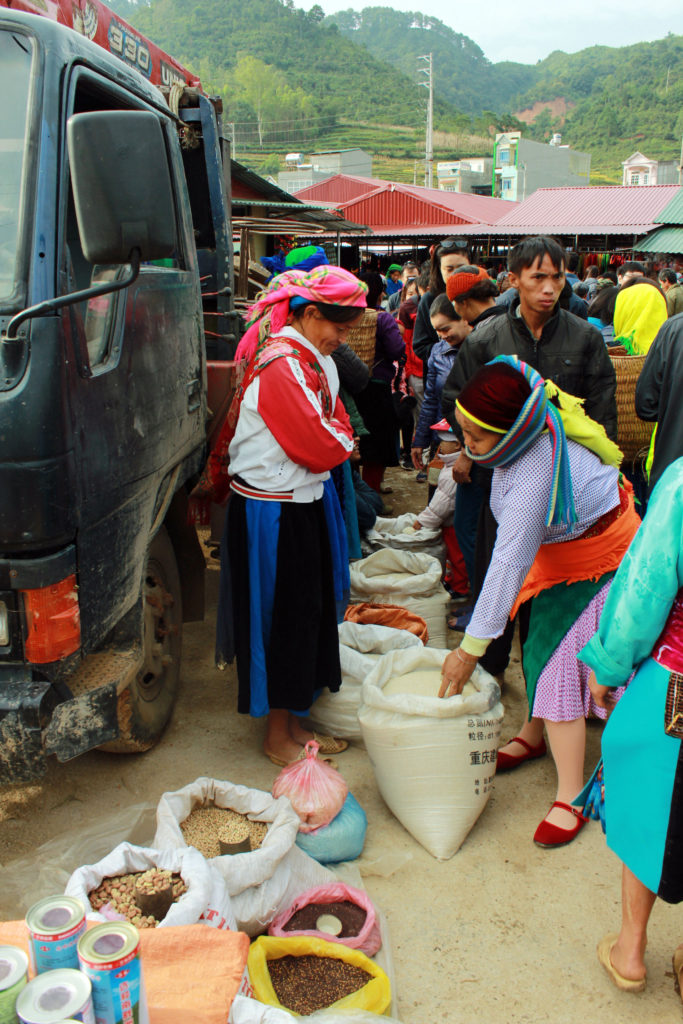