Located only 120 km from Saigon, the seaside city of Vung Tau in southern Vietnam has always been one of Saigonese’s all-time favorite holiday destinations.

I last visited Vung Tau around 12 years ago and promised to myself at that time that I’d had enough of it. To my memory, Vung Tau’s beaches were hideous, overcrowded and dirty. Services there, albeit diverse, were mostly daylight robbery. Of all the times I visited Vung Tau in the past, I could not recall any particular attraction that the city had to offer. Therefore, despite its proximity to Saigon, for a long time I’d thought Vung Tau would not be worth a visit. 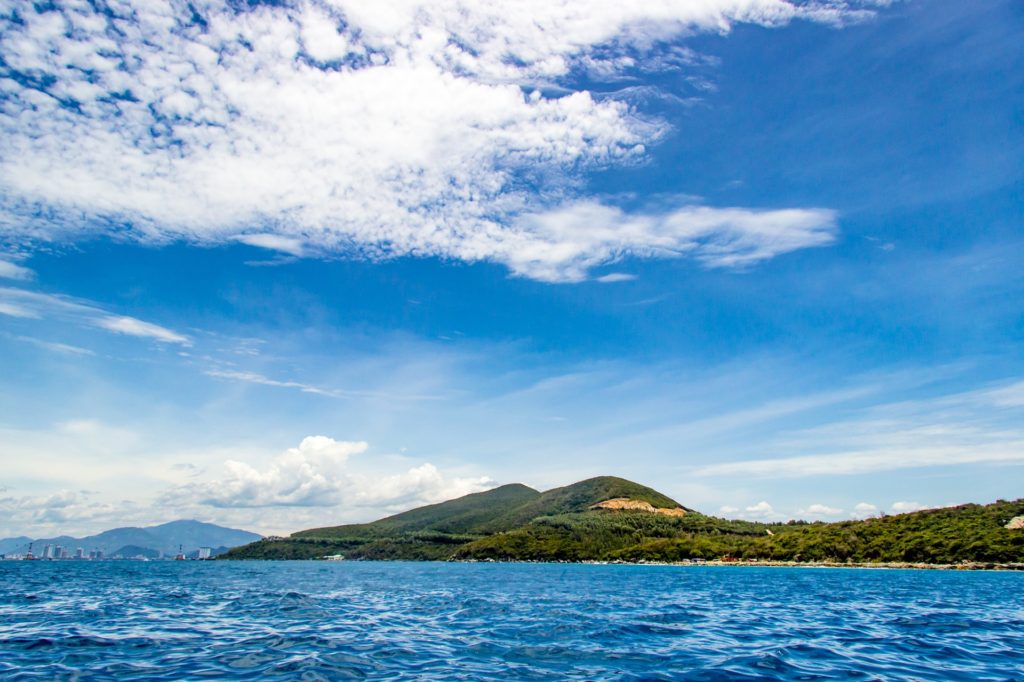 Vung Tau is a popular weekend destination from Saigon

Surprisingly, Vung Tau has changed for the better! Or so I’d heard.

So when my Mum and 3 of her friends (all of whom were in their 60s) made plan for a weekend trip to Vung Tau and asked me to join, I said yes right away. I wanted to see how different the new Vung Tau would be, compared to my own experiences with it 12 years ago. Thank God, that Vung Tau trip didn’t let me down. I then also realised that there were some myths of Vung Tau that I should debunk.

(I painfully forgot my camera at home, which explained the lower-quality photos I have here compared to those in my previous posts. I hope you find them useful anyway!)

In the past, Vung Tau’s beaches were filled with trash. People ate on the beaches and littered right there. At the same time, the large number of visitors from Saigon and nearby provinces used to challenge the city’s capacity for hosting tourists. Demands for tourist services went up, making it quite difficult to book hotel rooms, hire deckchairs on the beach or find some peace and tranquility here.

Well, it’s 2017 now and everything has changed completely. The beaches appear much cleaner than they were in the past, with cleaning staff frequently walking around to pick up litter. It was a bit crowded on the weekend when we stayed in Vung Tau, but still much less crowded than I remembered it used to be. The water was certainly not as crystal clear as Nha Trang’s or Phu Quoc’s, but felt clean enough for us to swim in. And if you love big waves, you’ll love these beaches in Vung Tau, too! 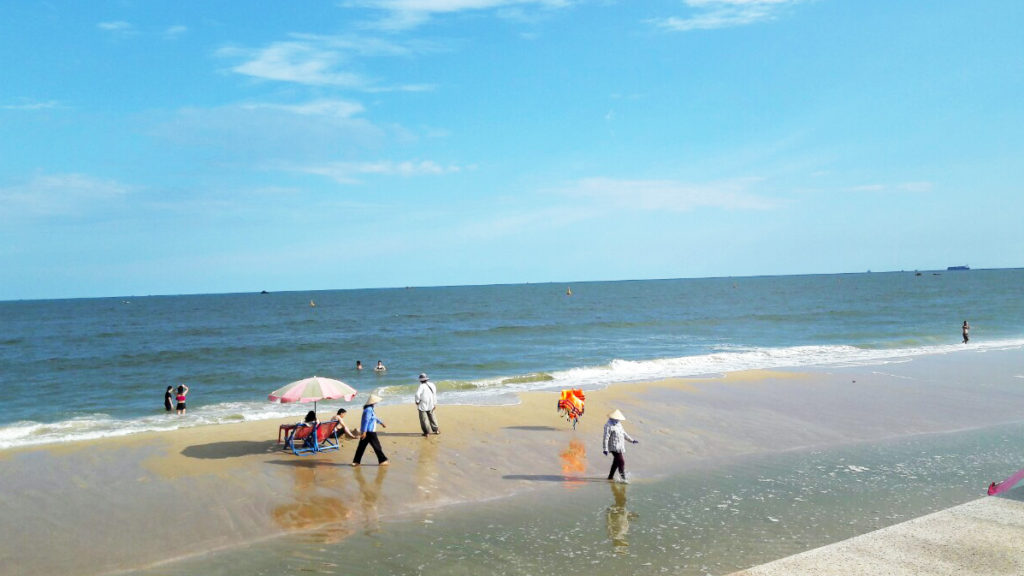 Myth 2: There’s nothing to do and see in Vung Tau beside the beaches

Truth be told, people who have visited seaside destinations in central Vietnam often disparage Vung Tau’s boring attractions. I personally don’t think highly of attractions in Vung Tau either. However, it’s fair enough to say these attractions should suffice to entertain you for a weekend trip here.

One of the most popular things to do in Vung Tau is to climb up the 1000 steps leading to a huge statue of Jesus Christ, which resembles Christ the Redeemer in Rio de Janeiro. Upon reaching the top, you will enjoy an amazing view of the city, the sea and the mountains. 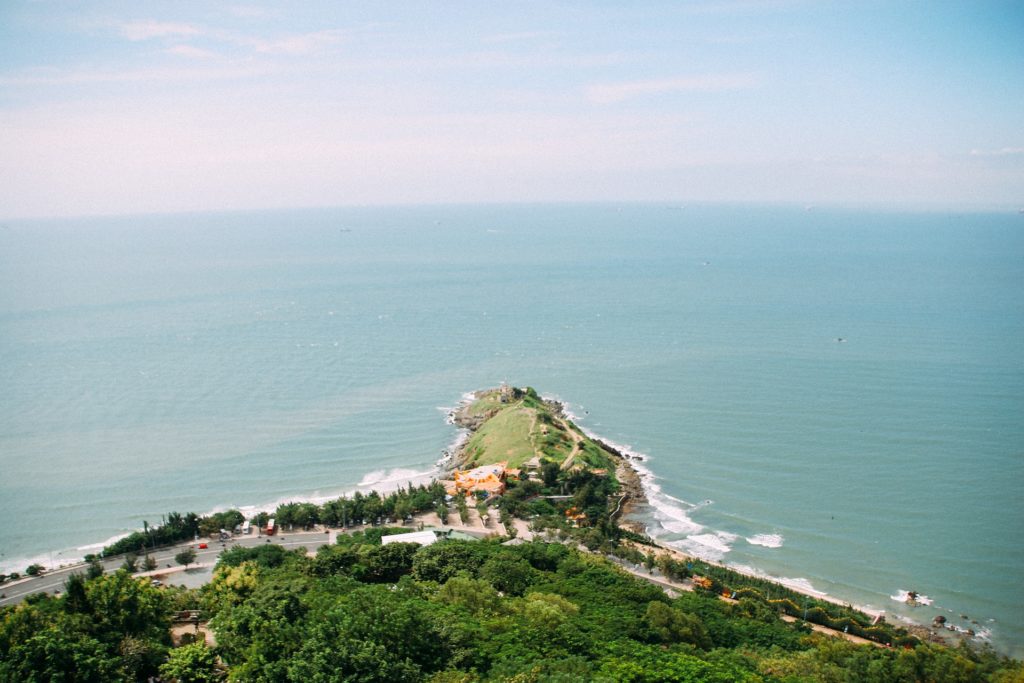 The climb was quite easy and took me around 15 minutes to reach the 800th step. Since I wore shorts at that time, I was not allowed to climb up to the top. (Well, try not to wear anything shorter than your knees if you decide to climb here!). 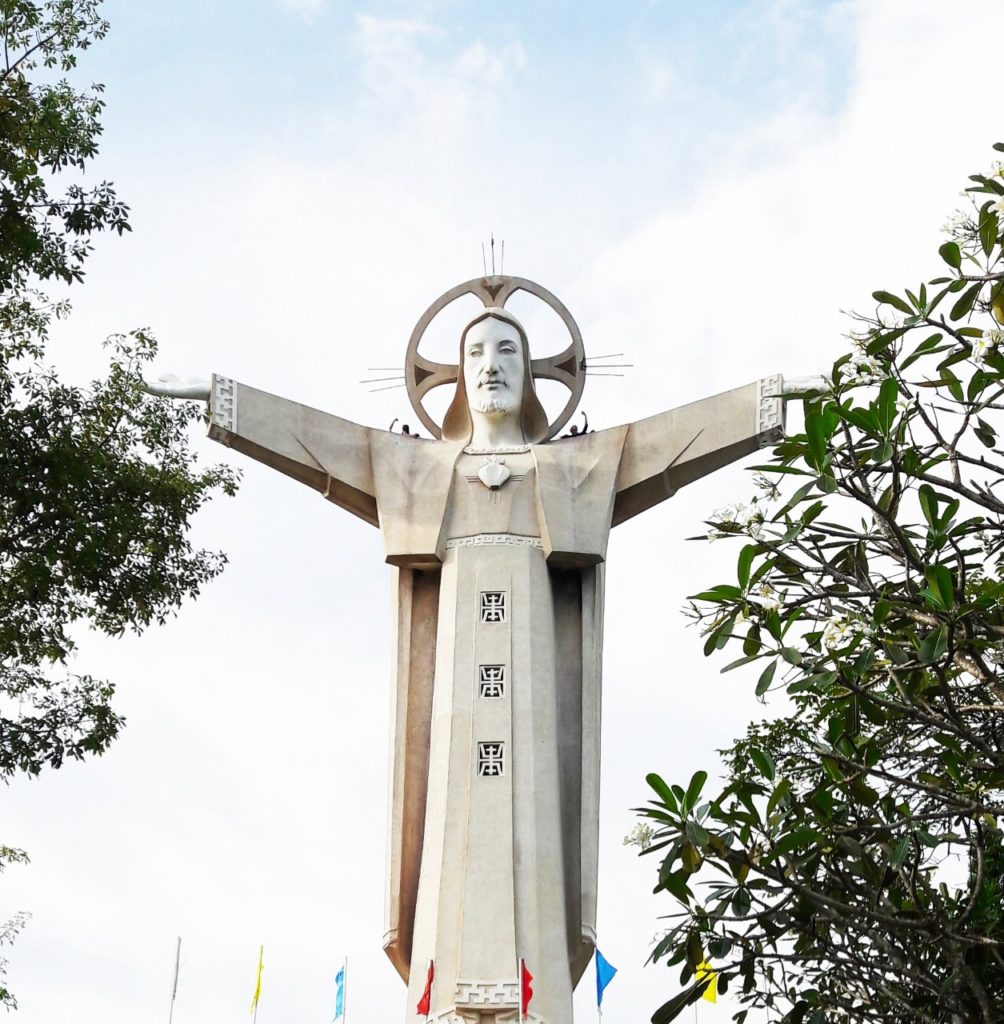 On the way leading to the big statue, there are also smaller statues depicting stories in the New Testament. Albeit not very impressive, they are still quite interesting to see.

In the evening, we had a stroll along the night market behind Imperial Hotel. It was a boring place with touristy products. The only exciting thing about this market is the bustling scene of locals dining out , singing karaoke and picking fresh seafood to bring home.

It’s true that services in Vung Tau used to be terrible, but I’ve heard it’s no longer the case. The Vung Tau authority has recently tightened its rules to prevent sellers from overcharging tourists. As a result, these moves have significantly improved the city’s tourism services.

Of course, common sense still comes in handy. As long as you dine out only at places with clearly-written prices, I think you should be fine.

When in Vung Tau, remember to try Banh khot, a local specialty. They’re fried shrimp batters served with fish sauce and vegetables. Co Ba Vung Tau and Cay Vu Sua are the two most popular brands of banh khot here. During our trip, we tried banh khot at Mien Dong (59 Ba Trieu Street), which were much cheaper (20.000 VND / 5 banh khot and 25.000 VND / 7 banh khot) and crispier. However, their eatery was small and a bit dirty. My mum thought she would be willing to pay a bit higher for a more decent sitting place at Co Ba Vung Tau. And I agreed. 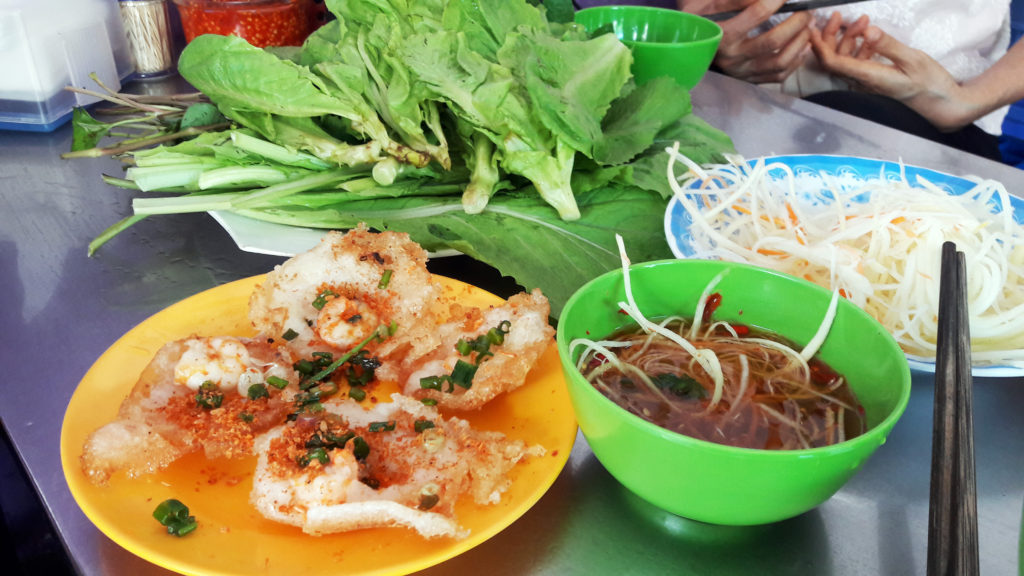 Our dinner was a buffet from Minh Minh Restaurant with lots of seafood and Russian specialties. The food was amazing and the price was amazingly cheap compared to Saigon’s. I’d highly recommend checking out this place! 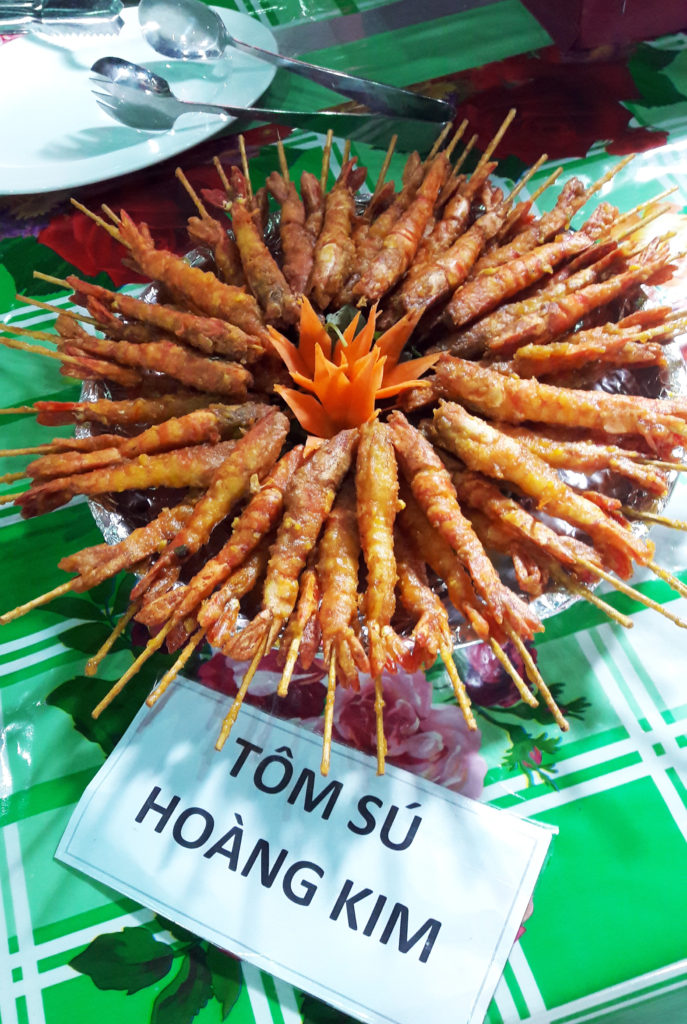 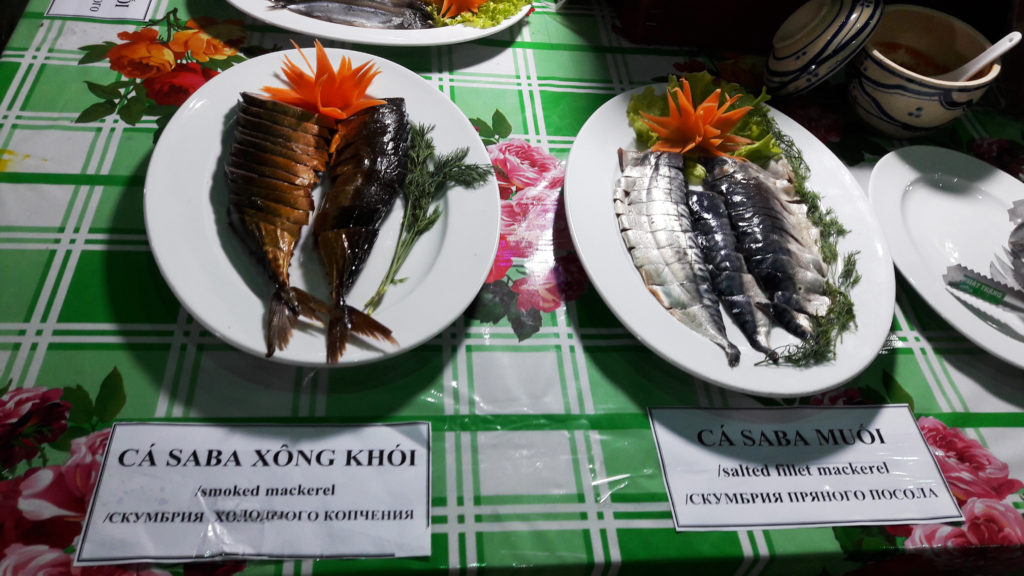 To top it off, is Vung Tau worth a visit now?

If you’re looking for a weekend getaway from Saigon which costs little, requires not much effort and takes less time, Vung Tau is still worth a visit. Receiving the healing effect of the sea will surely rid your mind of stress and worries.

As for me, I perhaps will come back to Vung Tau soon to take proper photos with my camera. But until then, if you have also been to Vung Tau, don’t forget to share your experiences with me by commenting below! 🙂

–> Pin this for future reference 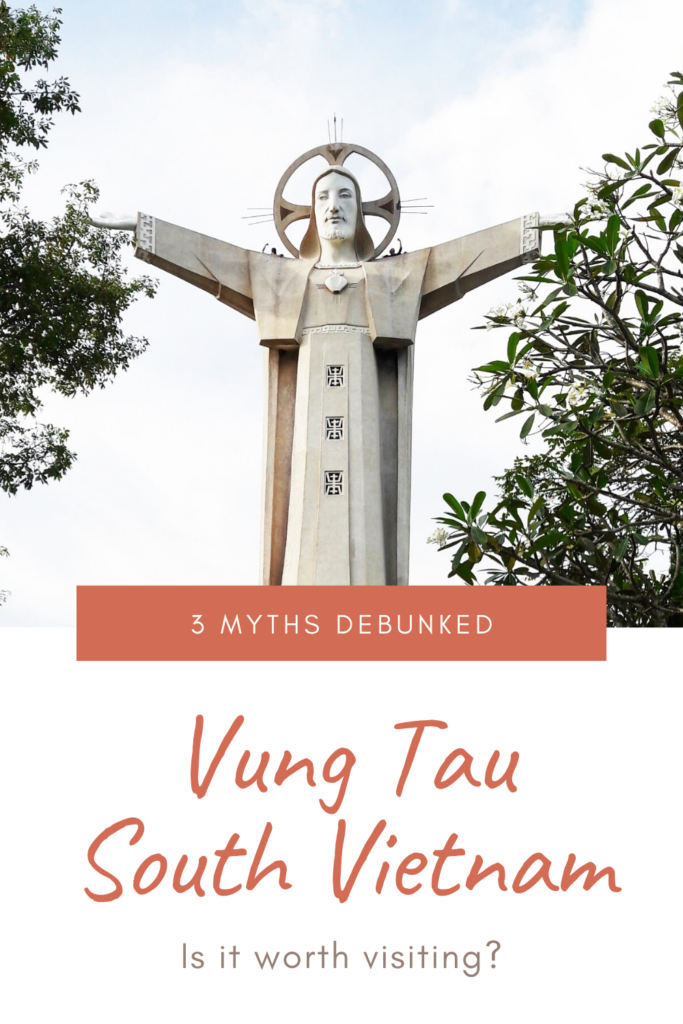 Vung Tau -Is it worth visiting?