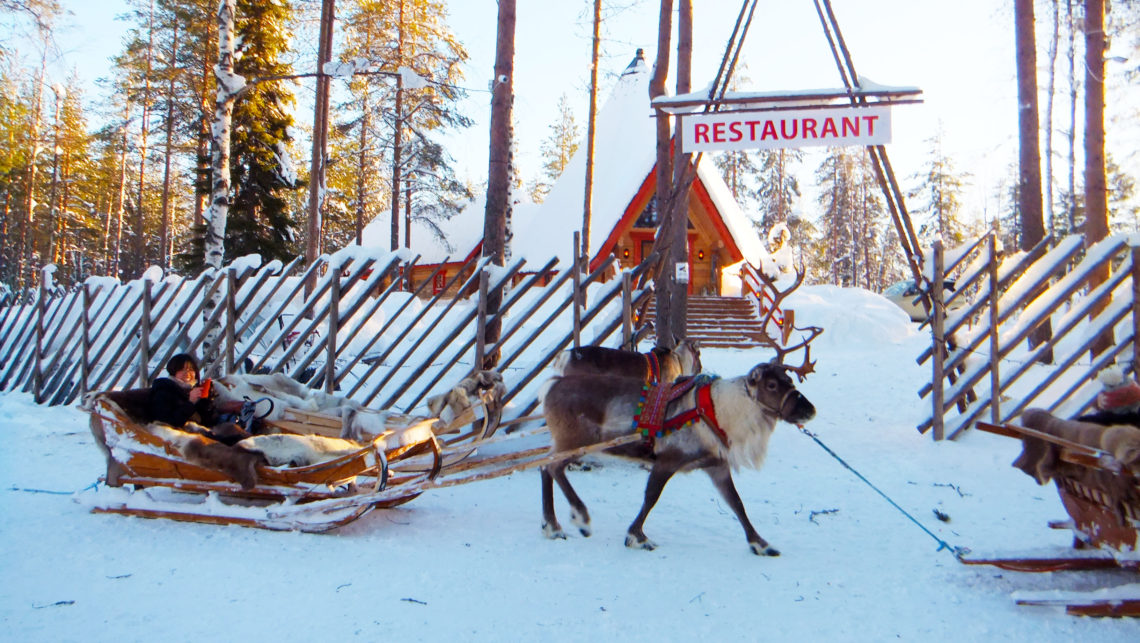 No more dispute: Santa Claus is from Lapland

Despite all controversies surrounding Santa Claus’ origin, it is no doubt Santa Claus’ hometown is in Finnish Lapland. You can even meet him on almost any day of the year by visiting the Santa Claus Village in Rovaniemi – the capital of Lapland. This snow-covered Santa Claus Village was such a dream come true for me. From the looks of other visitors that day, I realized that not only children but adults were also thrilled by such a magical atmosphere. 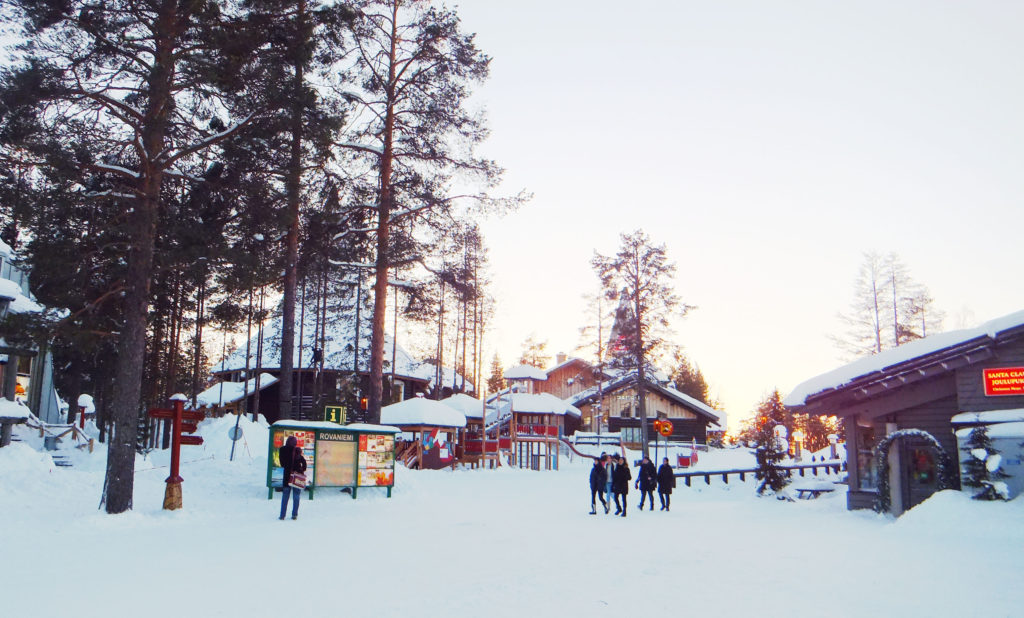 A visit to Santa Claus Village will become 10 times more amazing if you also happen to see Aurora aka Northern Lights here in Lapland. In this article, I will tell you about my failed attempts to see Aurora during my trips to Lapland in 2012 and 2014. There will also be some tips for maximising your chance of catching Aurora.

Having been to 18 countries around the world so far, whenever I’m asked to name one destination that I’ve fallen in love with the most, the answer is no doubt “Lapland”! Lapland is my Fairy Land. And it will be yours as well once you have been willing to leave behind the hustles of bustles of city life to listen to its call.

I was fortunate enough to travel to Lapland not only once but twice during the winters of 2012 and 2014. I still remember waking up on the second day of my first trip to Lapland to realise with amazement that the temperature had dropped to -28 Celsius degrees overnight. It was only -10 the previous day. Yet it seems the colder it gets, the more beautiful and magical Lapland becomes. 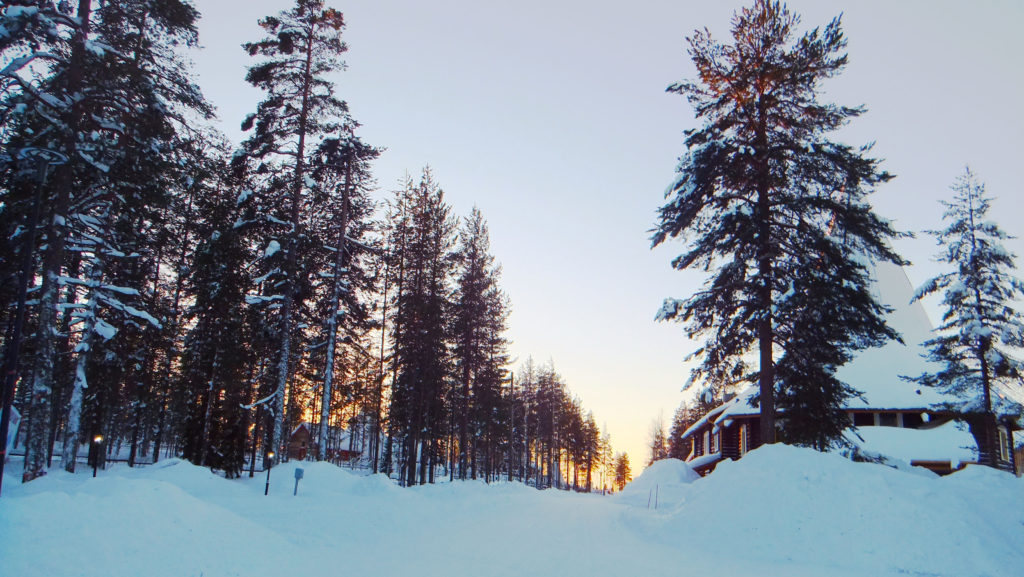 Lapland is the largest region in Finland and also the country’s northernmost region. Lapland’s capital is Rovaniemi – a modern city with a population of around 62000. There is also a Swedish Lapland, which is the northernmost province in Sweden. The average temperatures of Lapland in July (the hottest month) and February (the coldest month) are 17oC and -10oC respectively. You can imagine how freezing it is there.

So, apart from the impressive temperature, what else is so special about Lapland?

There are many things you can do at Santa Claus Village, such as writing a postcard and sending it with an official Santa stamp. Santa Claus’ post office is situated right next to the village’s entrance. You will surprisingly find yourself spending so much time in this tiny post office doing things in this order:

The most exciting part is meeting Santa Claus in real life. Very similar to what you had always imagined when you were young, Santa Claus is a big bearded man dressing in red. Apart from his sonorous voice and tight hug, what impressed me most about him was his incredible ability to make anybody who sets foot in his room feel comfortable. Here’s the photo of Santa Claus with me and my two friends when we visited him in 2012. 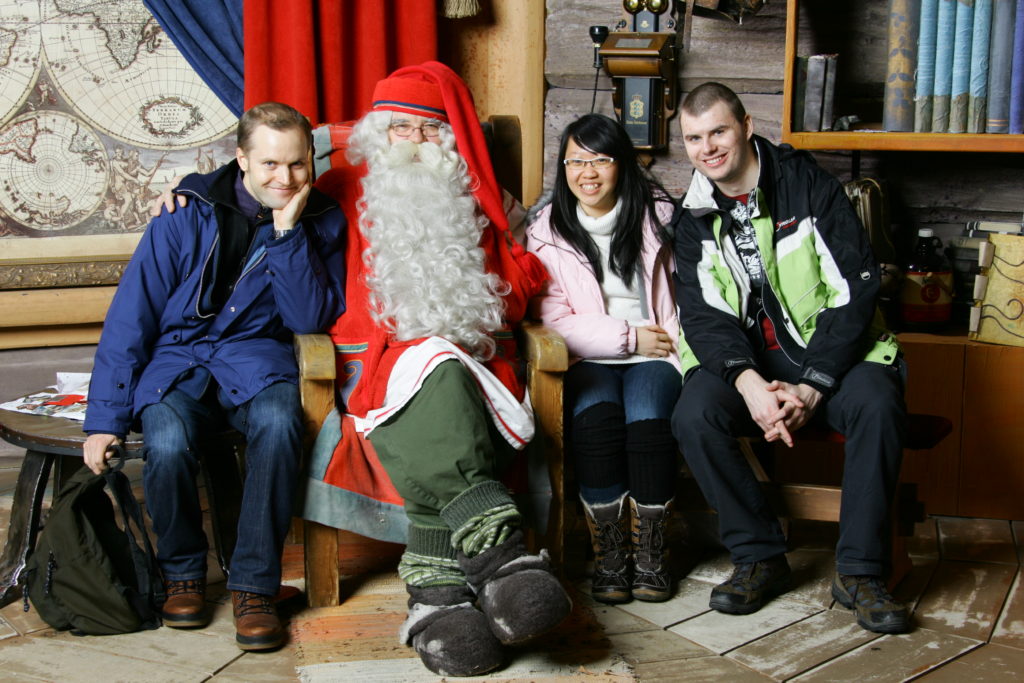 Alright, so since the beginning of this article I have told you about Santa Claus as if he were real! I chose to believe so because that would make my life less boring and pragmatic. However, I reckon you should know one more thing about visiting Santa Claus at the Santa Claus Village in Lapland. In fact, it costs 25 euro if you want to have a photograph with Santa Claus. Yes, we paid 25e for a package containing this image of Santa Claus with us, a video recording our visit and some information about Santa Claus Village. Fortunately, there were 3 of us in the photo together so we could share the cost. After all, Santa Claus does not only give but he also takes as well. For me the money was worth it anyway. 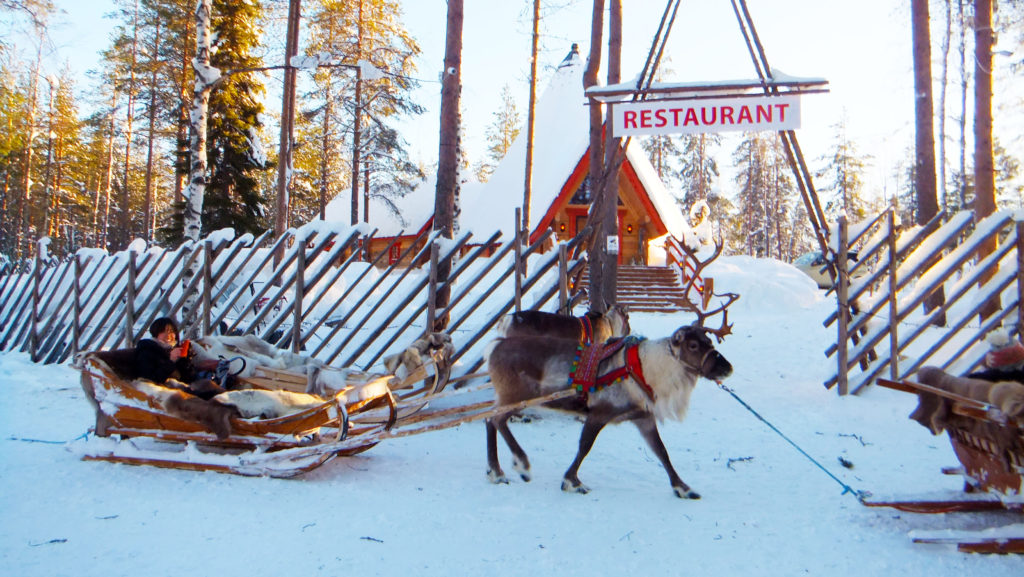 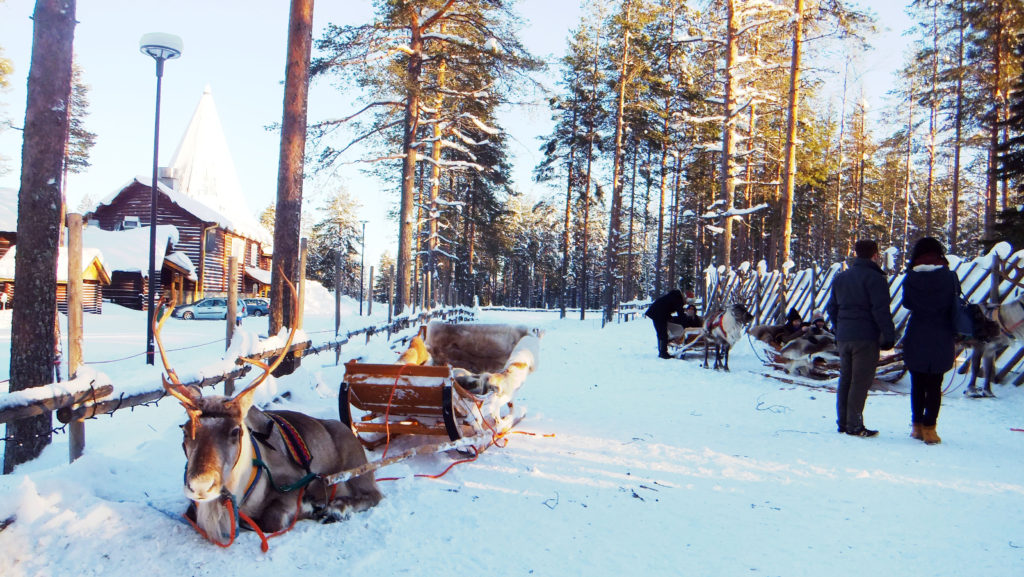 The husky ride was for me much more interesting as it was faster than the reindeer sleigh. It allows you to ride into the forest as well, not only around the farm. Huskies here sound noisy yet they are quite benign. You might be lucky enough to see the small huskies as well. They were the cutest!

This amazing phenomenon is most likely to appear in Lapland from December to February, which is also the coldest period of the year. A Finnish friend once told me of the occasion when he saw Aurora for the first time. It was a cold and dark night when his group of friends was doing a snowmobile tour across the forest. While driving through the darkness, they suddenly saw a stunning sight of lights with different colors floating right in front of their eyes. It must have been an epic moment for them. 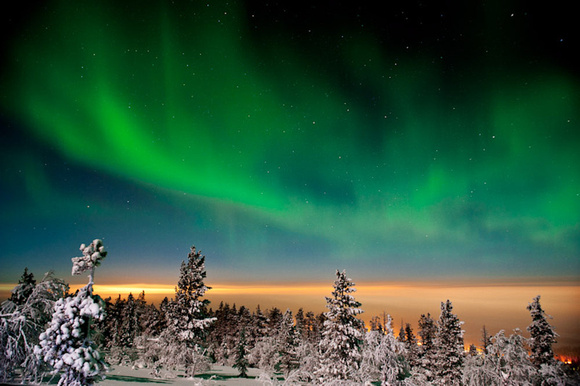 I was one of the unluckiest visitors to Lapland who failed to see Aurora twice! On my first trip to Lapland, my friends and I went to some local shops to ask for tips to catch the Northern Lights. The locals pointed us to a deserted frozen lake a bit far from the city lights. We waited there for 45 minutes without seeing anything, and decided to go home when we felt like we’re about to turn frozen as well.

Upon returning to Lapland for the second time, I was so determined to spot the Northern Lights that I booked a Northern Light tour with a travel company. In this tour, the bus took us far into the forest and high up onto a snowy hill to maximize our chance of catching Aurora. Much as I had hoped and prayed, all I saw was a black night sky with shiny stars.

Maybe Lapland wanted me to come back for a third time. So badly that it hid the Northern Lights from me twice. 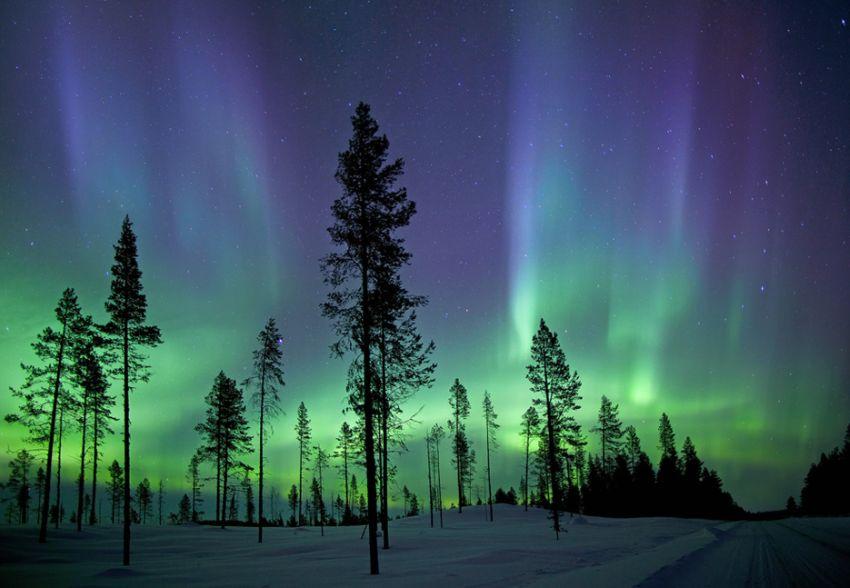 Photo courtesy of luna from pixdaus.com

For all Aurora fans out there, here are some tips to maximize your chance of seeing Aurora in Lapland:

In another post, I will cover other activities you can do in Lapland, such as snowmobile, spa, snowshoeing etc. Stay tuned!