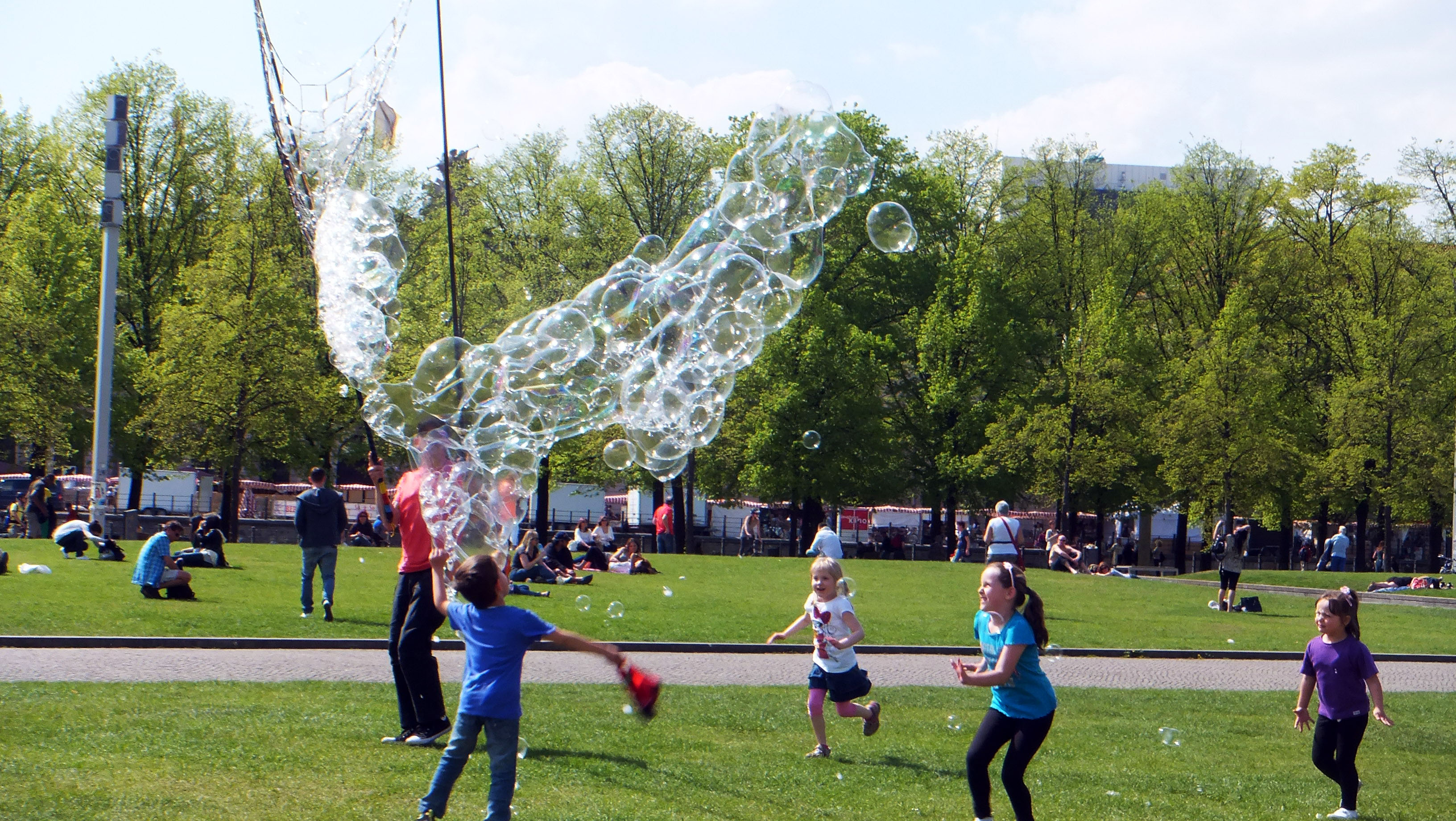 If you have once lived in Berlin, I bet it wasn’t easy to just leave and forget about this special city.

Having spent 5 months there in 2013,  I was greatly intrigued by Berlin’s simultaneous combination of international, nostalgic and dynamic vibes. During my talks with people who’d once called this city home and then left, I realize there are 8 things we miss most when leaving Berlin.

5 months in Berlin had me spend a total of more than 50 euros on street music performers. As I paid 1 euro on average for a single performance, I must have bumped into at least 50 street performances within 5 months. Not all of them was great, of course. Yet there were always elements of joy, passion and freedom conveyed through their music. 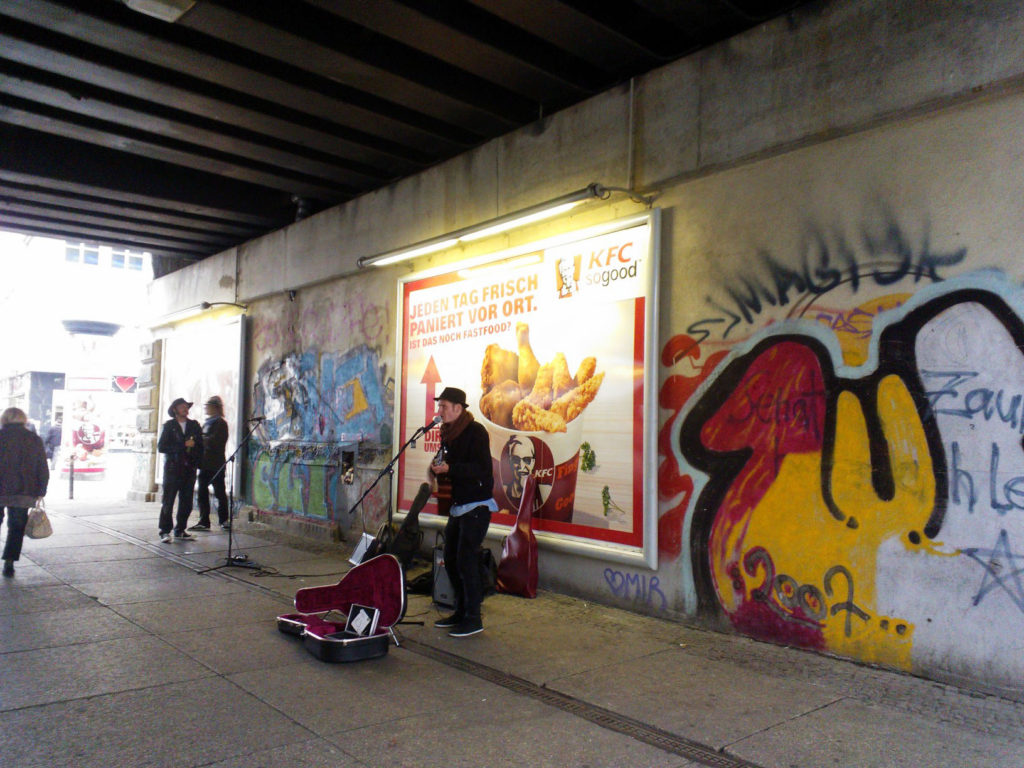 In Berlin, street artists can be found anywhere. There are single performers like this guy here who play under the S-Bahn rail with his voice rising far above the noisy sound of trains coming and leaving. I took the S-Bahn every day. Saw him only some days. Yet after all, he was the memory that remained as I said goodbye to Berlin, rather than any train ride.

There are also groups of artists performing open-air concerts with different types of instruments. The money they received might not make up for their time and efforts, but not a single moment throughout their performance did I feel their enthusiasm and passion drop. Every time they finished a musical piece, they gave the audience the most satisfying smile without even glancing at the money box.

If you’re lucky, you might also bump into these guys. They’re the funniest band I’ve met on all my train rides! 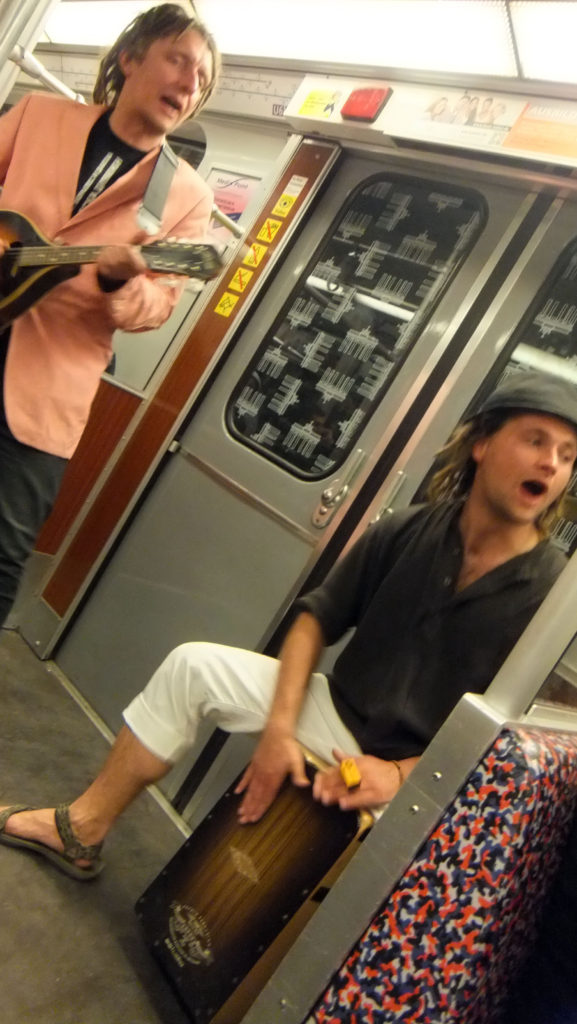 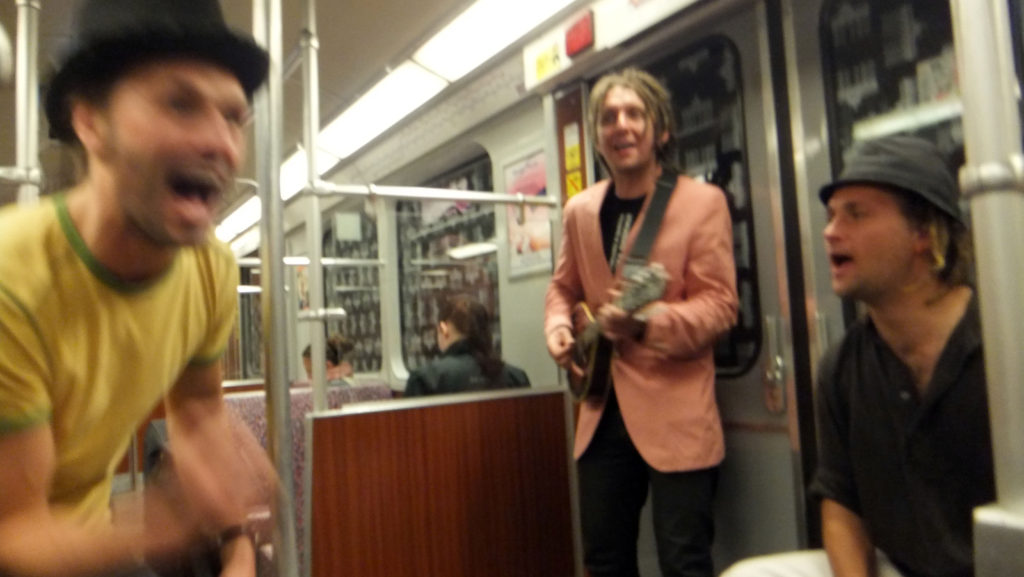 This stunning architectural work is one of the most visited attractions in Germany. From the glass dome on top of the Reichstag Building, you can enjoy a refreshing 360o view of Berlin city. You can also look into the parliament’s main hall below the glass dome, which indicates the parliament’s transparency in its operations. Joining a tour around here is free and booking should be made on the Bundestag website beforehand. 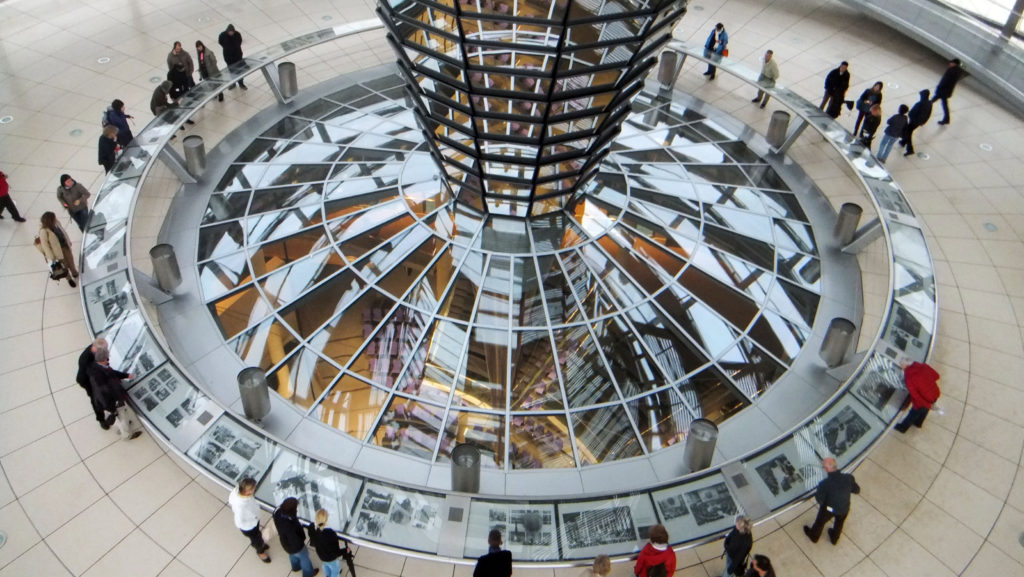 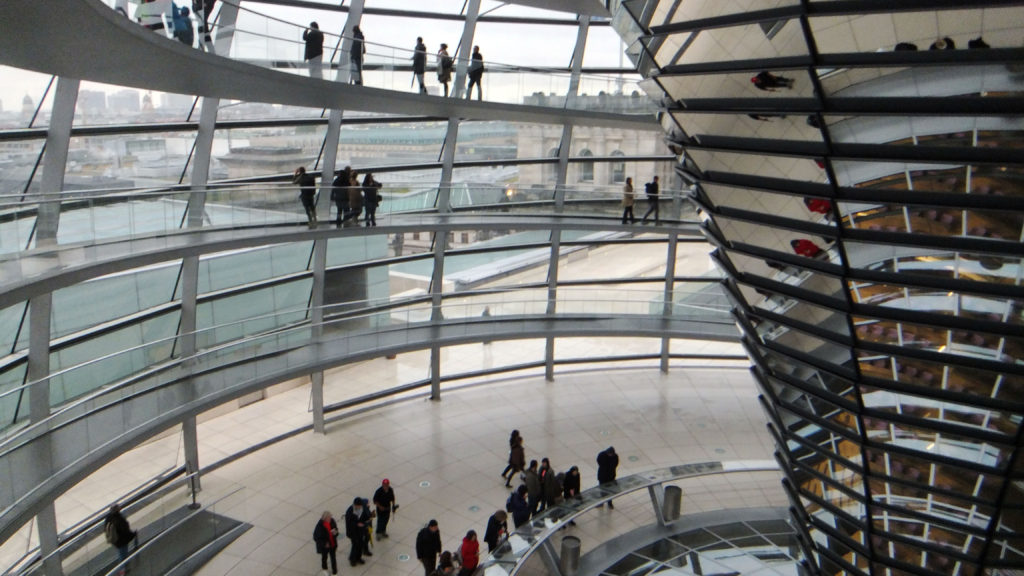 Currywurst (sausage with curry sauce) is quite popular in Berlin. No matter how much you crave currywurst, remember NOT to visit any Currywurst Express fast food chain. Trust me, both their sausage and curry sauce will certainly not live up to your expectations.

The most popular currywurst stall in Berlin is Curry 36 on Mehringdamm in Kreuzberg District. Meanwhile, my favorite is a secret currywurst stall run by a man from Thuringa right in the city center. He sells the BEST curry sauce I have ever tasted in Germany.  Back in 2013, a set of one sausage with curry sauce and 2 small breads cost only 2 euro. No doubt I was a regular customer there!

4. One of the best summer carnivals in Europe

Berlin’s annual Carnival of Cultures is amust-visit event if you are here in the summer. The carnival features a colorful street parade in which Berlin residents of different ethnic cultures showcase their best performances.

I had the opportunity to watch this parade in the summer of 2013 and was most impressed with the Korean group. There was a guy who dressed as PSY and gave a stunning performance of Gangnam Style on the street.

You might bump into Jonny’s story upon walking on Rathausstrasse. I noticed a small camp set up on the sidewalk on my first working day in Berlin. It stood opposite to our office’s building, making sure that I’d see it at least twice every single work day. The camp turned out to be a memorial, to someone named Jonny K.

In the night of October 14th, 2012, Jonny K. – a boy of immigrant background – was beaten to death after his group of friends had a quarrel with another group of young men. I took these photos on October 14th, 2013 – exactly one year after Jonny’s death. That was also the last time I had seen this memorial. I left Berlin the next day. 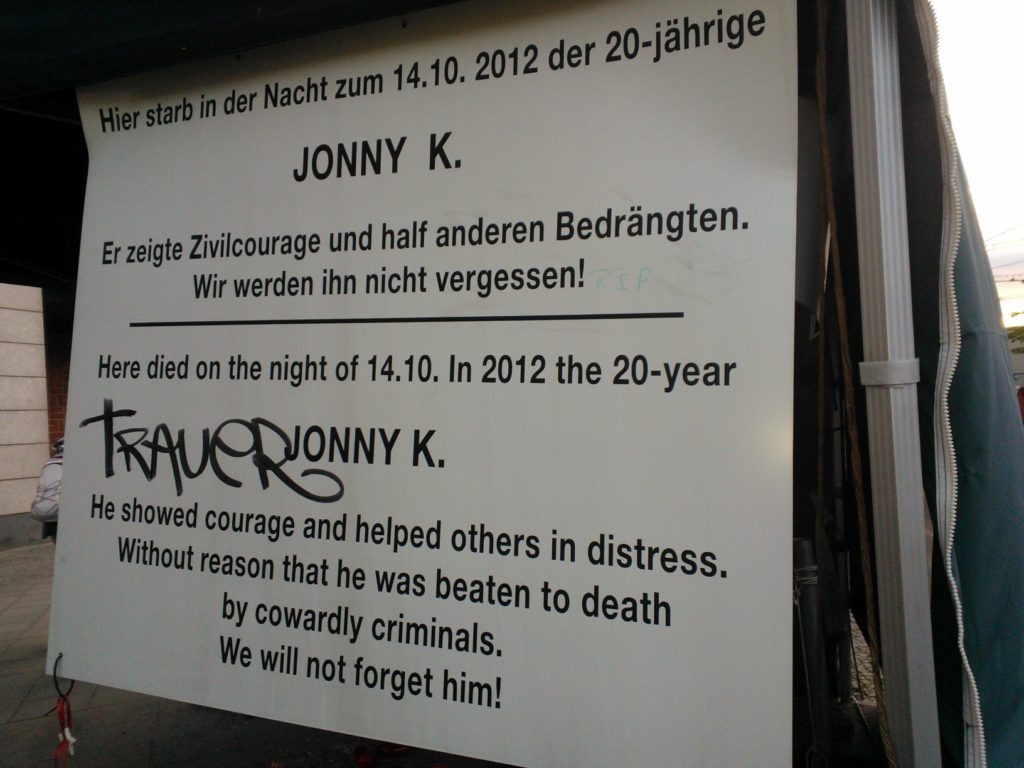 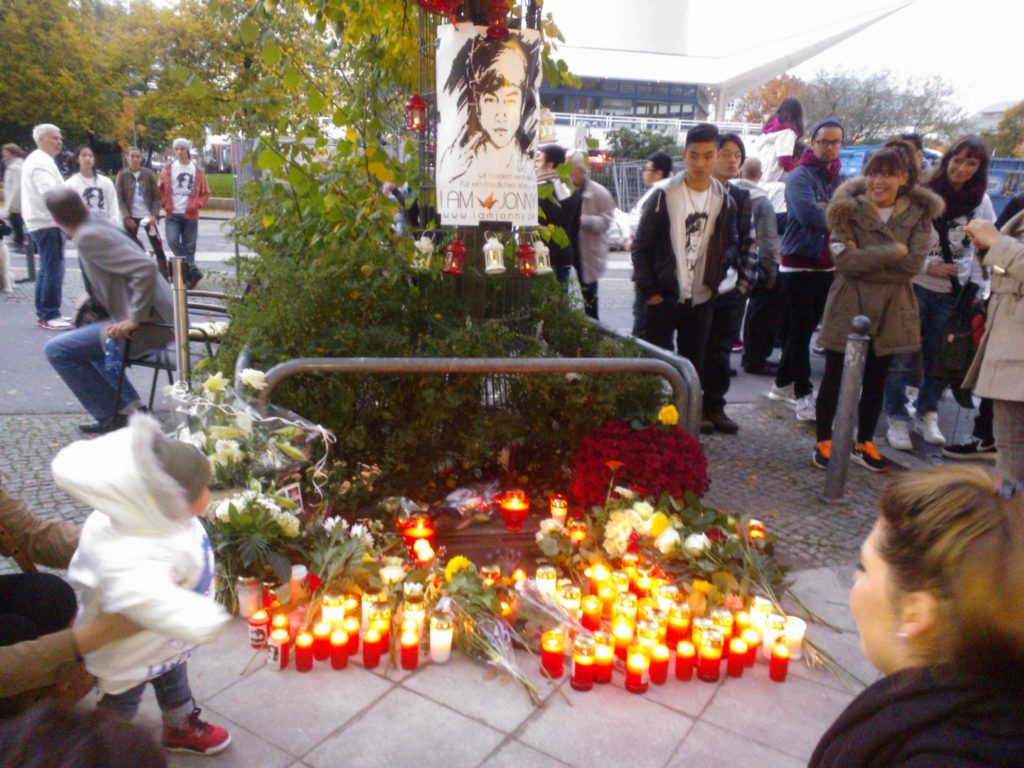 Berlin always surprises me with street corners like these. I guess I need not say more. 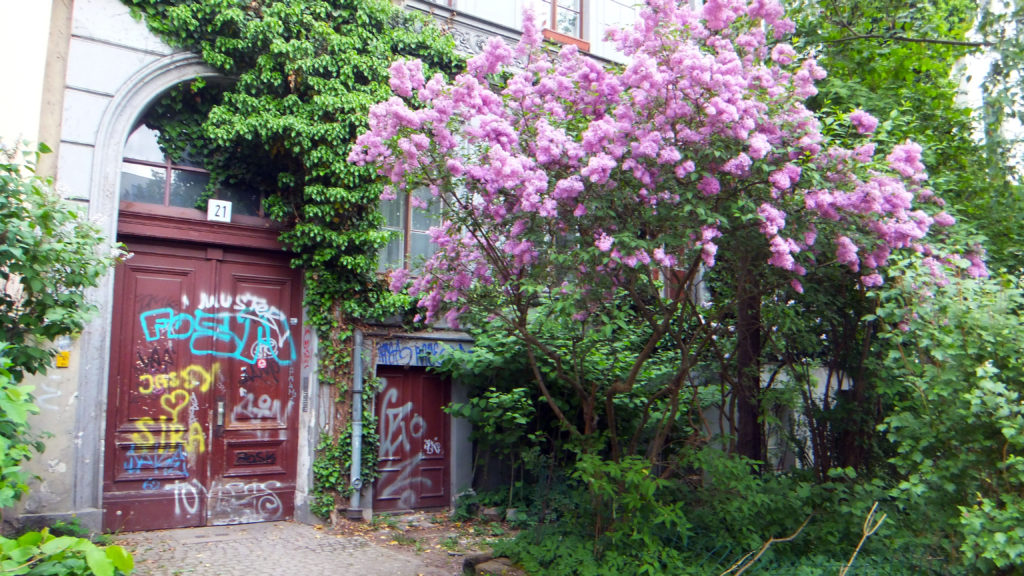 7. Reminders of the past

There are historical landmarks galore in Berlin. What I like most about the city’s (and Germany’s) approach to its history is the transparancy that they express. Stories about the East-West separation are openly discussed. Images of Jewish victims are exhibited on the main streets. An open reading space is built right at the very place where Hitler’s government burned books. And so on.

The Holocaust Memorial is the best reminder of the past. It’s a large open space where cubic stones are placed at different positions. As you walk through these lines of stones, the path leads you up and down. The greatest thing about this Memorial is that although there is no word or image displayed, its effects on visitors’ feelings are strongly felt.

The Memorial evokes different feelings in each person. While I felt like walking among the different life stories of the murdered Jews, my companion that day felt as if the up-and-down paths leading around the Memorial had been paths connecting all of us through the past, present and the future. 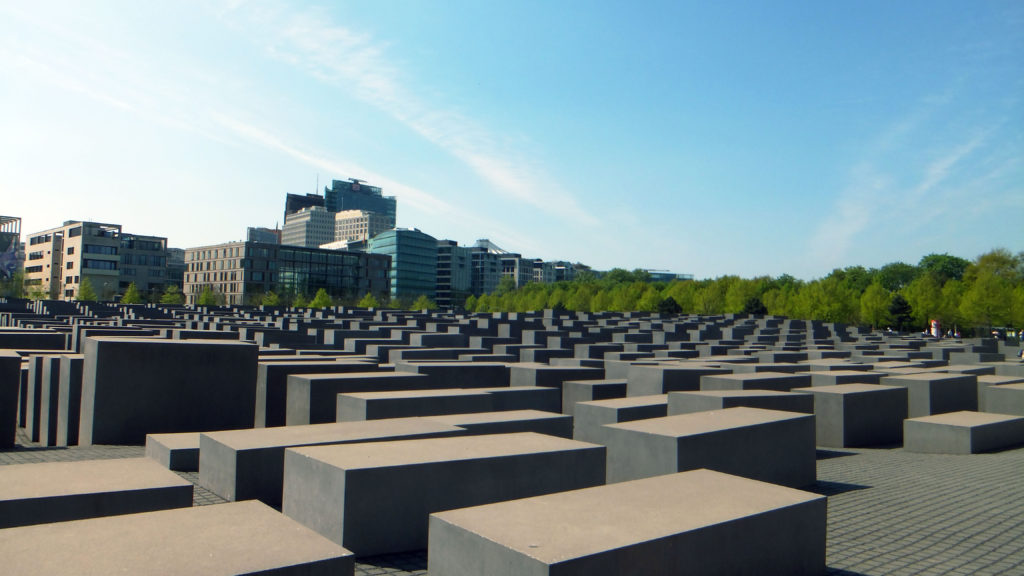 What was your feeling upon visiting this Holocaust Memorial?

If I have to choose one place to represent Berlin, I’ll definitely pick Alexanderplatz (or simply “Alex” as called by the locals).

Conveniently located in the heart of the heart (in the center of Mitte – the central district of Berlin), Alexanderplatz is the most vibrant public square in Berlin. Here is where amazing street performances take place, where you can dream about other destinations you still need to conquer by looking at the World clock, where strangers are willing to answer your most random questions and where you can best feel Berlin’s international vibes.

This place is exactly what Berlin is all about: quintessentially German and utterly international at the same time.

Have you been to Berlin before? Did you miss the same things when leaving Berlin? Feel free to share your experiences by commenting below.

PS. What do I do when I miss Berlin? I watch this 😀